Period Flat to be refreshed

Location: A period flat in the W2 area

Brief: Having lived at the property for a long time, the client, a former interior designer, wanted to breathe a new lease of life into the property. Window dressing to be in line with the mid-20th century décor but with a contemporary edge. The large windows within the property gave the property a light and airy feel however also left the client feeling over exposed to onlookers.

In keeping with her mid-20th century décor we opted for voile curtains in our voile Elise. The large ceiling height however meant that we were unable to make a large enough curtain drop out of the Elise. To overcome this, the client opted for a top boarder, creating a graceful voile with a long enough drop to achieve a floor-to-ceiling look. The final result being a timeless look that kept the room light and spacious but also provided some daytime and evening privacy.

Like this style and design? Speak to a member of our design team today! 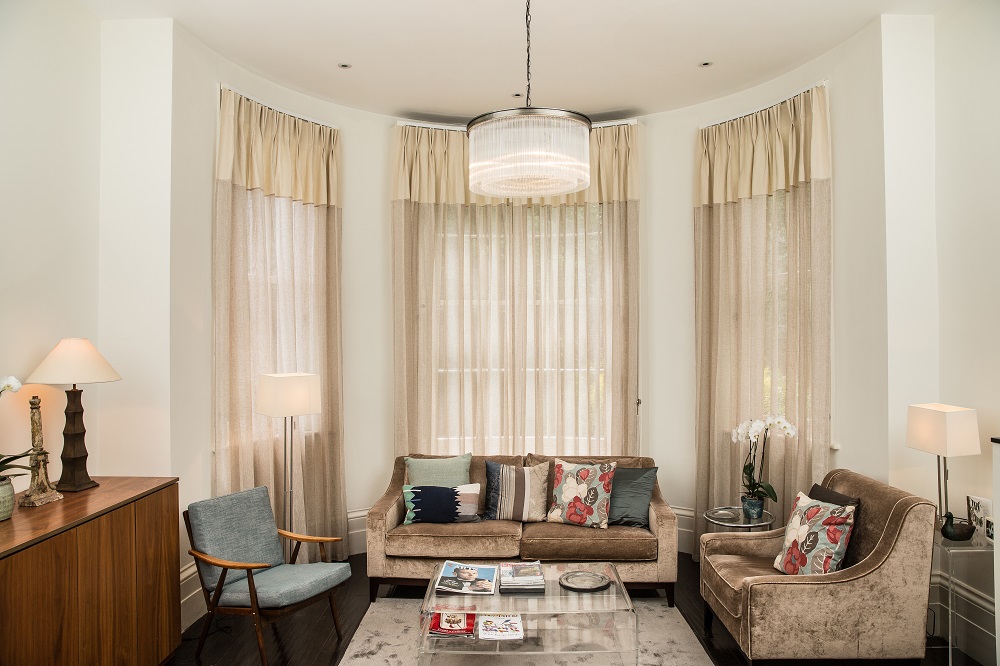 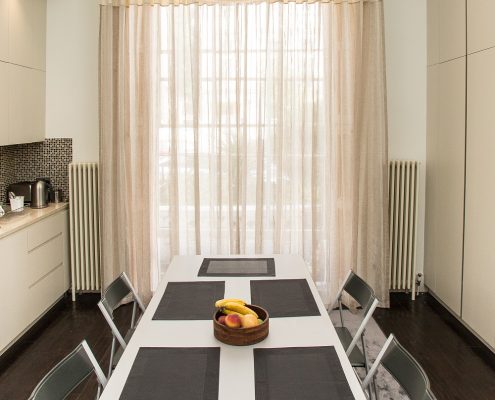 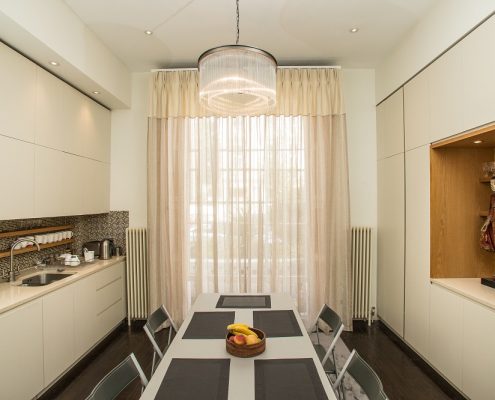 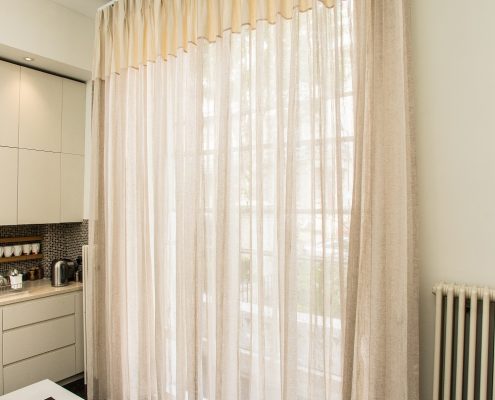 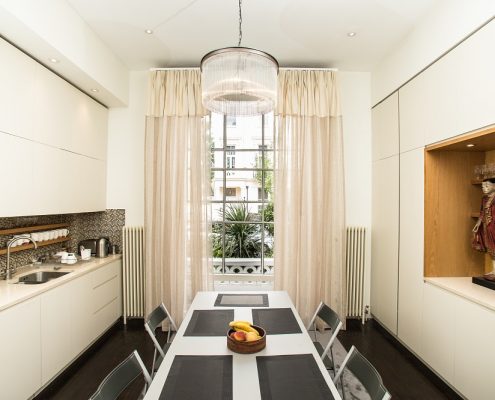 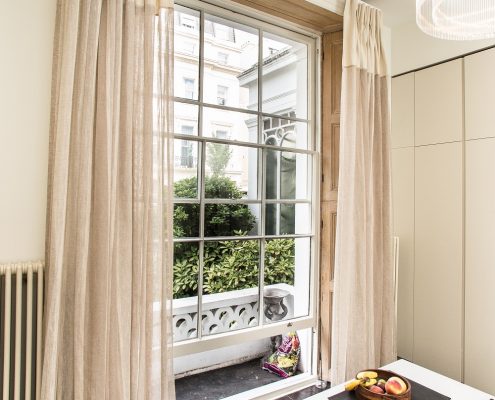 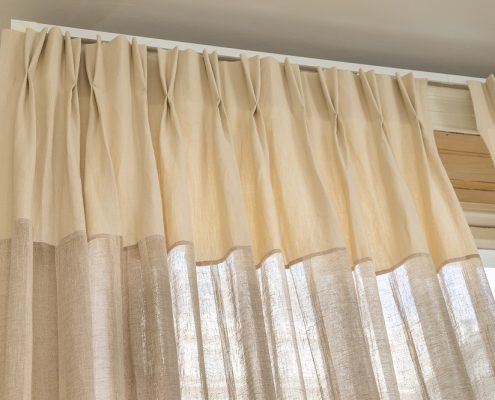 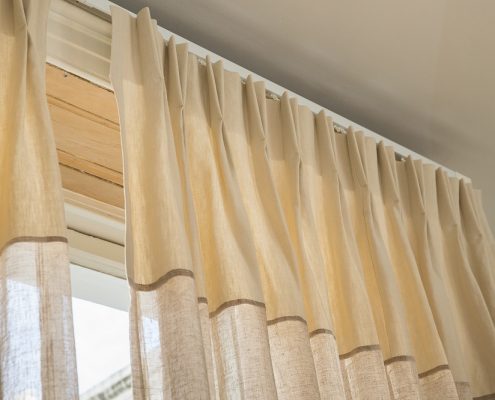 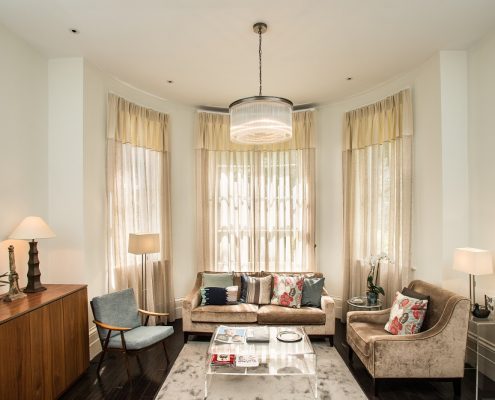 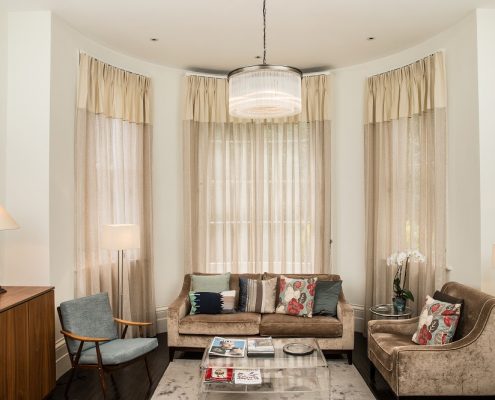 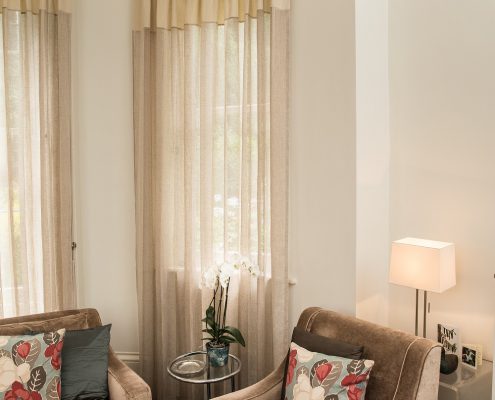 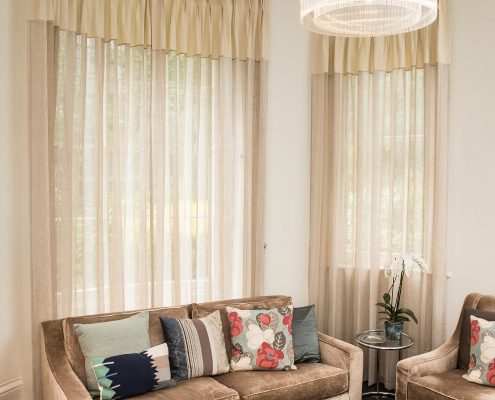 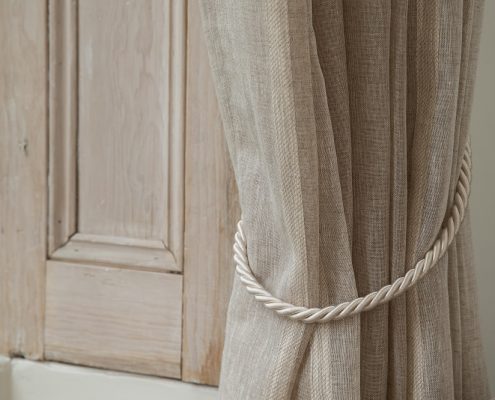