Brief: This was the ultimate challenge for the team at Muswell Hill with 4 bay windows to dress – all in  a different way.

The Living Room was the most formal and with a strong wall colour: F & B Stiffkey Blue. Our customer liked the bold pattern of the Toiles de Mayenne Reflet for the curtains which we teamed with Linen Chintz Platinum for the pelmet; the bay window was over 4.5 m wide with 4 bends so required a lot of careful templating to make sure it fitted perfectly; the drop of the pelmet was also very carefully calculated so as to just skim the top of the frame of the window so as not to block the light but be in proportion to this very big window.

The other downstairs bay window was an area for all the shoes to be stored with a beautiful wood seating. The 5 windows were each quite small but the symmetry is perfect with the Roman blinds, made up in Toiles de Mayennne Ariane, were spaced evenly and sufficiently apart for them to operate without any difficult. The blinds were fitted above the frame so when open, stacked on the wall  keeping the area light and airy.

The bay window in the daughter’s bedroom is our favourite; another very big 4 bend bay over 4.5 m in overall width but with a narrow entrance to it meant that the lath & fascia had to be built on site! The client was very concerned to block out the light  so the curtains returned to the wall at the sides and were fixed and were fitted up to the ceiling to provide maximum blackout. The lath & fascia also had to be made wide enough to project the curtains over the radiators so that the curtains hung clear from them.

The Master bedroom had a window seat built in front so either the curtains in Toiles de Mayenne Voltige  had to be made shorter if they were to go around the bay; we suggested to hang the lath & fascia across the front of the bay so that the curtains would be floor length  and frame the window seat. The customer preferred the first option so that they could use the seat while the curtains were shut.

Like this style and design? Speak to a member of our design team today! 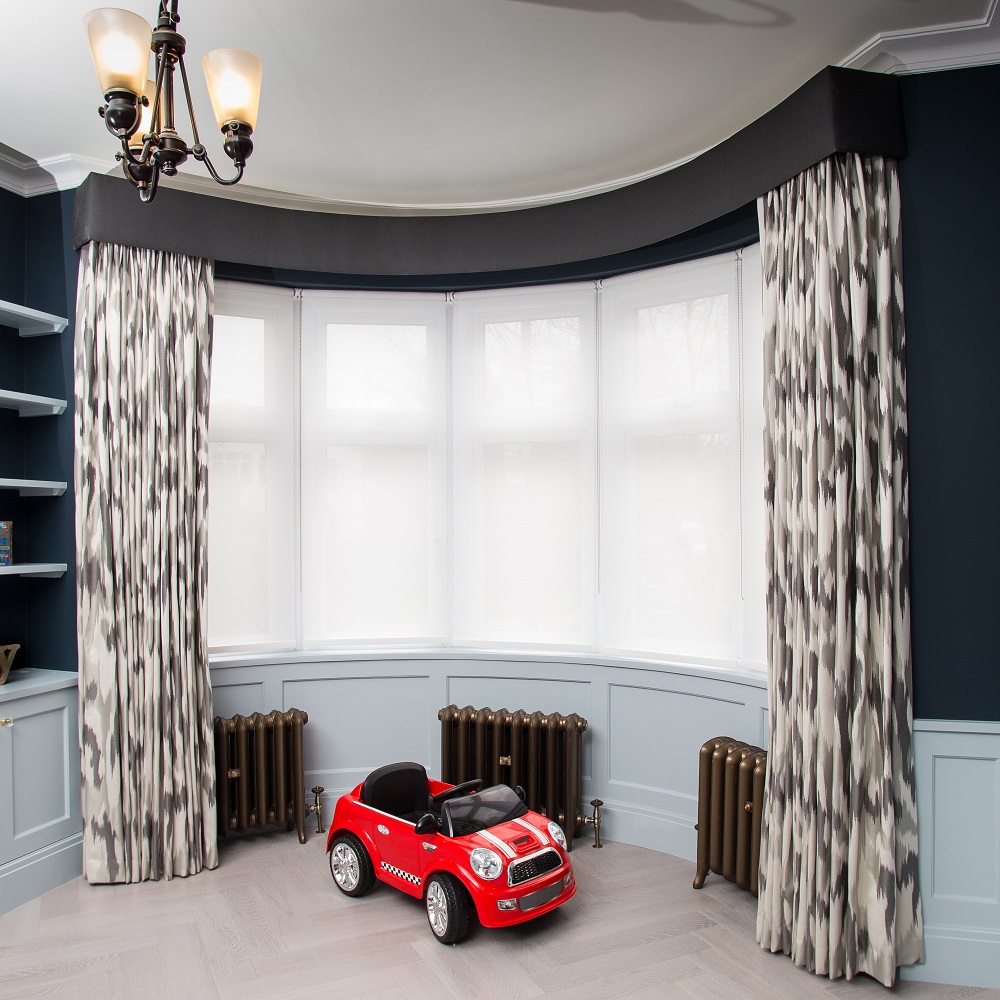 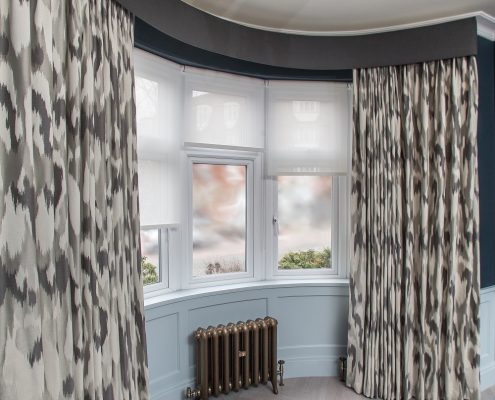 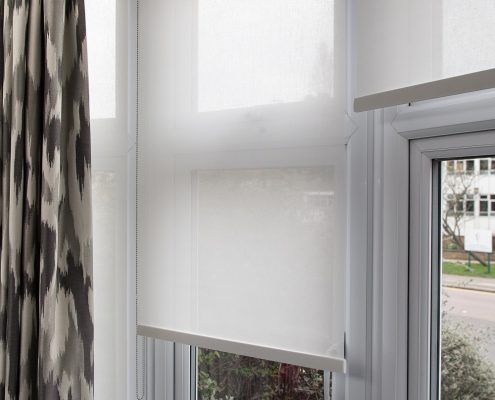 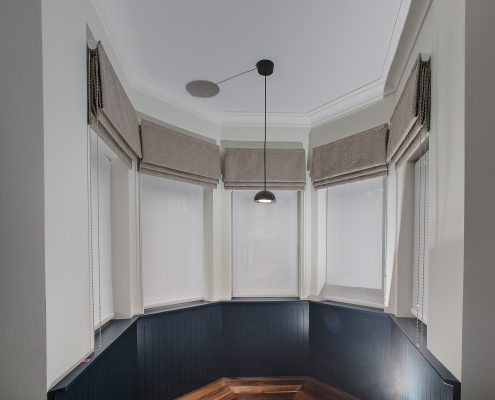 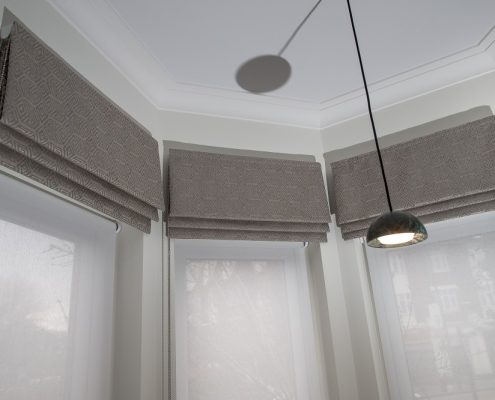 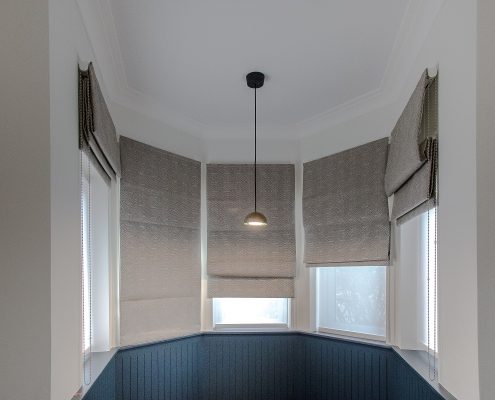 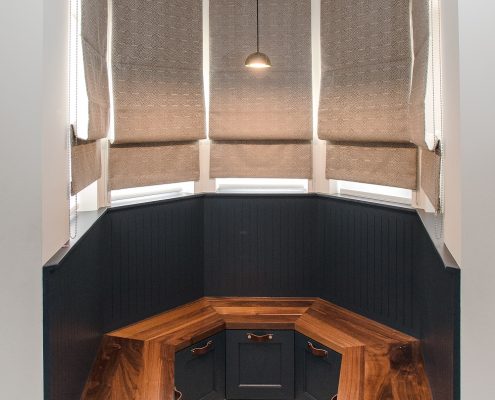 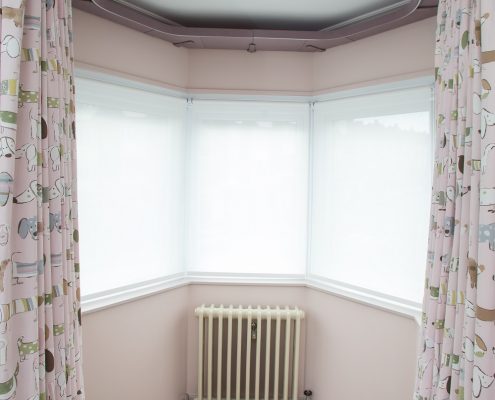 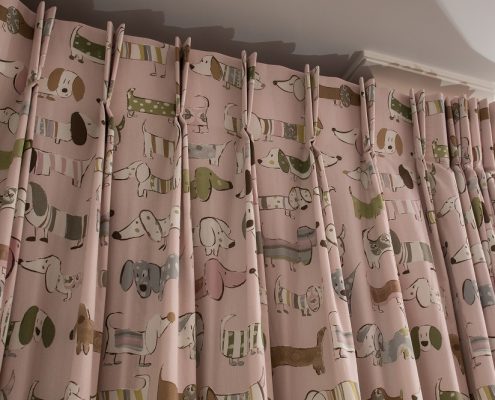 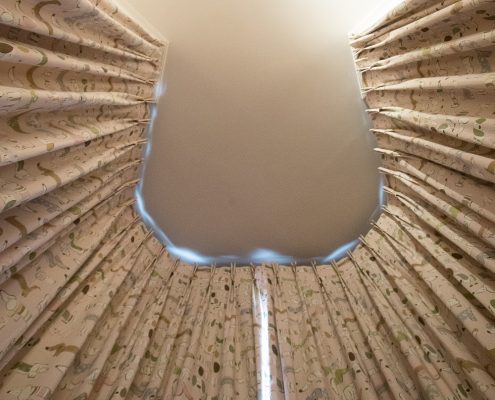 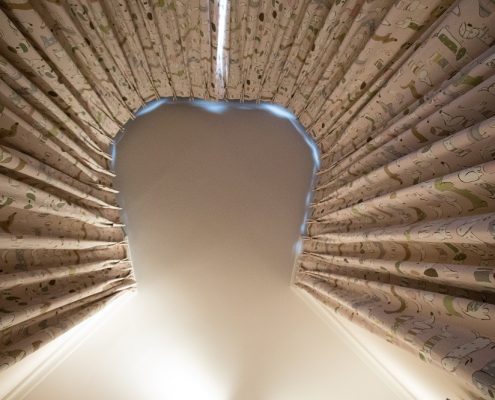 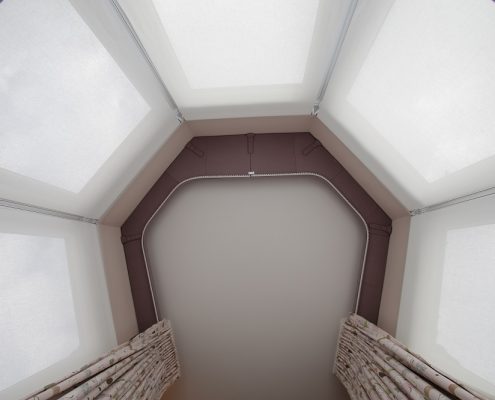 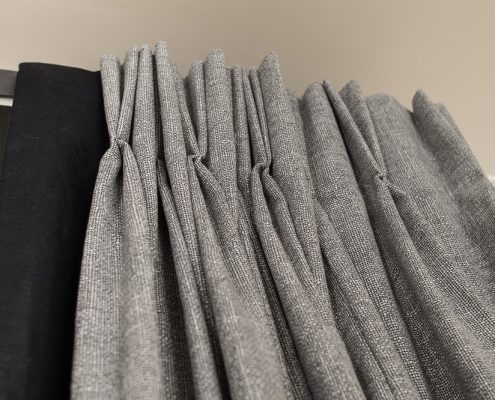 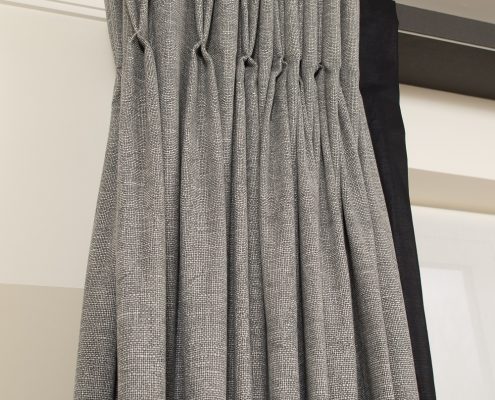 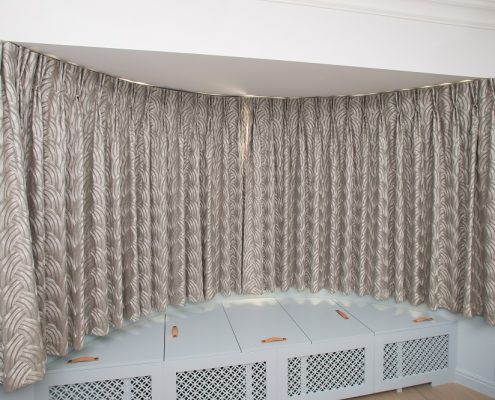 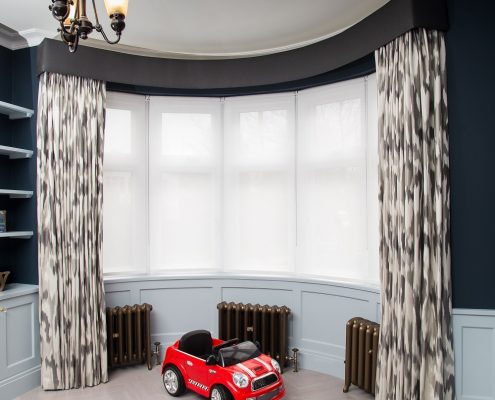 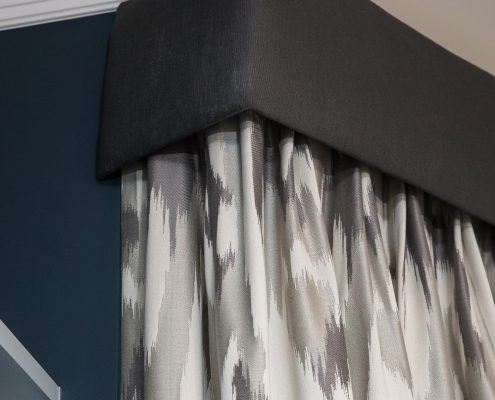 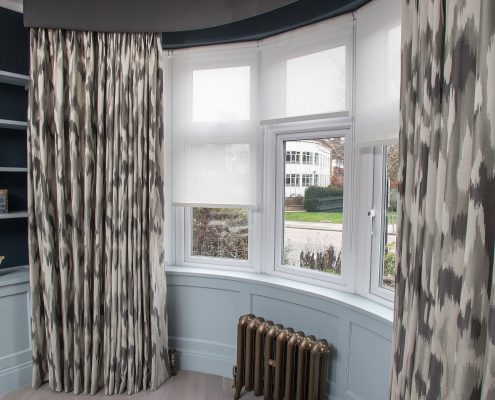