Our Wimbledon-based client wanted curtains for their stylish basement apartment to fit in with the varying styles of the key rooms, while retaining a cohesive look.

The Man Cave
Starting with the Man Cave, where apart from the super guitar collection, one of the main stand-out features are the large bi-fold doors. Bi-fold doors are great, particularly in a basement flat where they allow large amounts of light to flood into the room. Unfortunately in the winter months, bi-fold doors can leave a big black hole in the room if not dressed. Thankfully, we seem to have found the perfect compromise to avoid this effect.

On consultation with our client, we decided upon Melissa Grey, a Linen mix voile, which is heavier than a traditional voile but not as heavy as traditional linen curtain fabric. Because of this, the Melissa voile is ideal for bi fold doors and patio doors (and other large glazed areas) as the Melissa fabric stacks back really neatly and within a very small space. The large window on the right hand side is 7 widths wide, so this really shows how well it stacks on a very small amount of wall space. 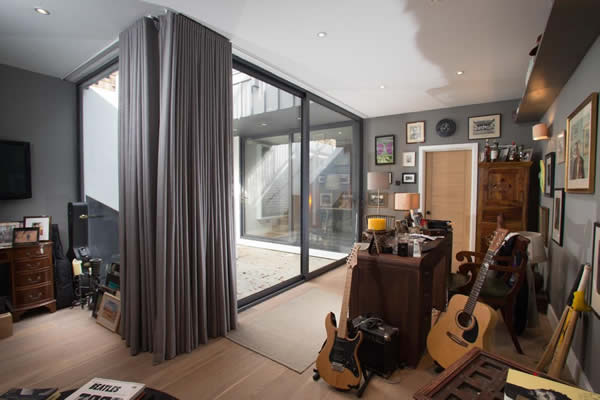 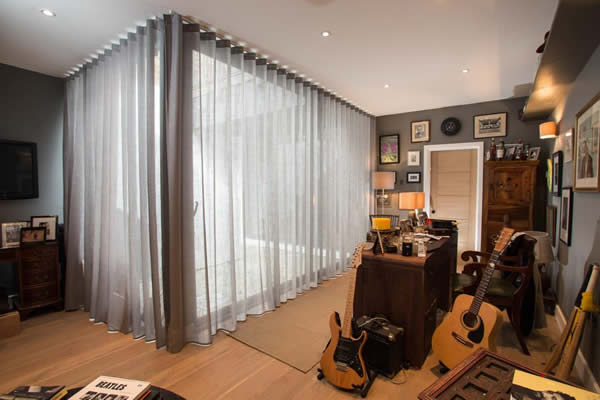 The family TV Room
The Man Cave leads off the main family TV / living room so our client wanted to use fabrics that flowed nicely between the two rooms. It was important that this TV / Living room had curtains to make the room warm and cosy. The curtains should also allow the possibility to block the light to create a cinema room effect, when needed. 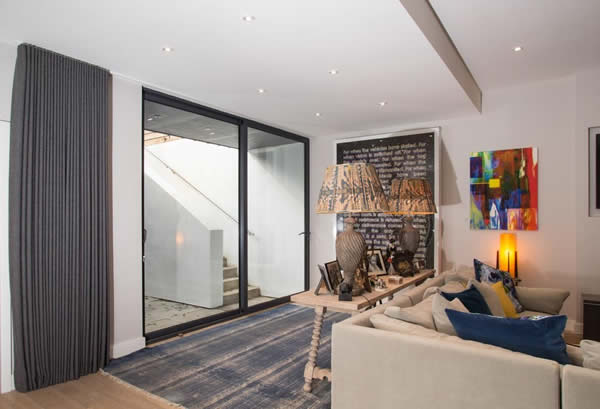 The colour on the walls in both the TV / Living Room and the Man Cave is Farrow and Ball Purbeck Stone. In the basement with limited light but tall ceilings, we needed to choose strong colours for the curtain fabrics as otherwise they would look very insipid.

The curtains we chose are made from Anais Charcoal – a brave decision you might say, to have a wall of dark colour but it has proved absolutely the right way to go! Anais is a woven linen mix fabric with a random yarn dye. This means you get a crazy mix of colours within the yarn itself; the effect though is great as it does not give a solid colour but a much softer blend which works really well on large curtains or blinds. 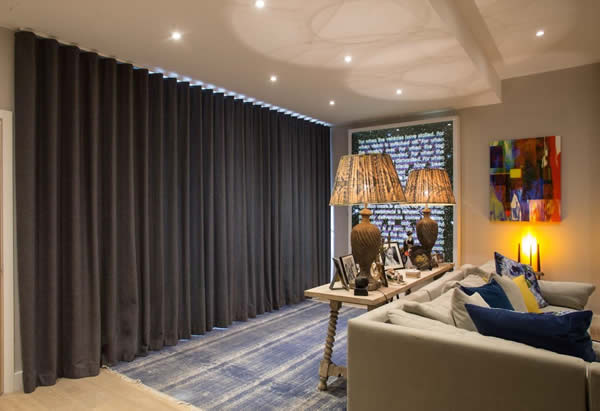 The bedroom
The bedroom is at the opposite end of the flat but the colour theme follows through with Narlay Graphite hung on a Distinction pole, giving a similar effect to the Wave. Our Narlay fabric is a 100% glazed cotton fabric, which despite being very dark worked well as the glaze reflects the light and complimented the Farrow & Ball Mole’s Breath on the walls. 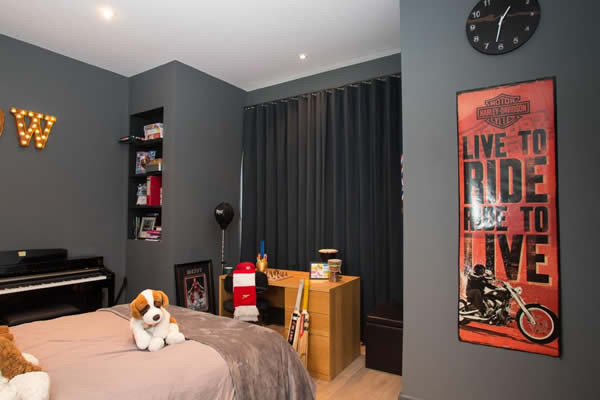 The colour theme follows through in the bedroom with Narlay Graphite

In this project, we used all strong, bold and quite dark colours but with good lighting and warm colours mixed into the scheme, the finished look is both wonderfully homely and stylish. 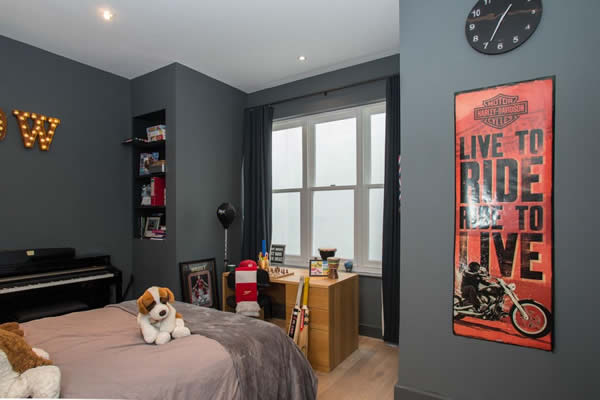